Isner’s opponent in the final will be Rafael Nadal. Nadal is advancing to the final after defeating Tomas Berdych: 7-5, 7-6.

Serena Williams is going into the final after her victory against Li Na, last year’s champion. The final score was 7-5, 7-5.

Williams will be up against Victoria Azarenka in tomorrow’s final. Azarenka is advancing after beating Jelena Jankovic tonight: 4-6, 6-2, 6-3.

According to Azarenka, the semifinal tonight was not easy. “It was a big challenge,” Azarenka said, “[Jankovic] really pushed me to dig deep.”

As for tomorrow’s match, Azarenka is looking forward to it. “I couldn’t ask for a better opponent…it’s a great last challenge before the [US] Open,” Azaranka said.

Tomorrow’s finals matches should be interesting because it’s the first time any of the four finalists will win the W&S Open title. 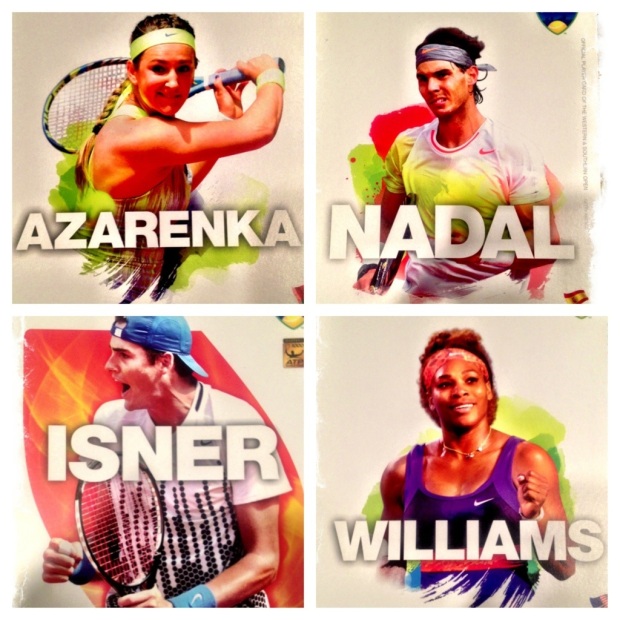 Come back after the finals tomorrow to get more news and pictures!